The Buddha in the Jungle

you make a facebook post about enlightenment. someone connects you with their friend who is studying with a sage in india. she found him when someone told her about a "buddha in the jungle". she's been there for many months and tells you that he's the real deal. you ask what his name is. he doesn't have one.

how do you not go? 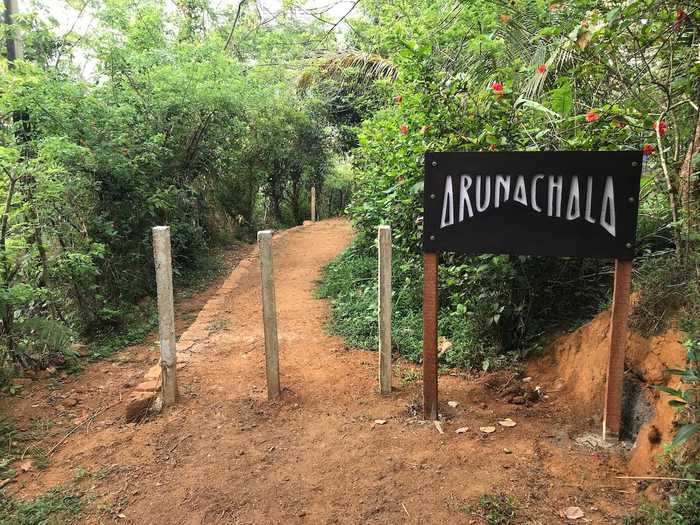 enlightenment
before i describe my experience traveling to the middle of nowhere to meet a supposedly enlightened being, i need to explain what i believe enlightenment is. if you're not into spirituality, it probably conjures up ideas of someone basically becoming a god aka it doesn't have any bearing in reality. within spiritual circles, the situation isn't much better because people from different traditions have vastly divergent conceptions of what being enlightened/awakened/self-realized entails.

but all traditions more or less agree on the core of what happens when you "wake up": there is no longer a separation between you and everything else. the feeling of being a separate self drops away and your reality goes from "me doing stuff in the world" (dualistic) to "the universe experiencing itself" (non-dualistic).

i know that didn't make any sense for most of you and i don't blame you. it's something that really can't be explained with words, and it's the reason why reading about this stuff can be confusing because it all just seems paradoxical. the only reason i have the faintest idea of what this is describing because of my psychedelic experiences, and without them, i would just think that people who talk about this are either making things up or have a few screws loose.

anyway, that's the general consensus on what should happen upon enlightenment in the contemplative traditions. and that's where the consensus ends, because people think all sorts of other fun things should come along with awakening: overflowing love 24/7, psychic powers, inability to experience any suffering or negative emotions, perfected personality, etc.

personally, i'm pretty skeptical of all those things and suspect they resulted from people aggrandizing the spiritual path and their teachers. my working hypothesis for enlightenment is that you directly perceive reality to be non-dual and that's pretty much it. i do think a non-dual perspective does lead to a proclivity towards being a better person in the conventional sense, but the history of otherwise highly realized teachers acting unethically seems to indicate that this isn't guaranteed.

whew, that was long. the reason why i have to go into all this is so that you understand what i mean when i talk about enlightenment since it's such a loaded term. now onto meeting the sage... 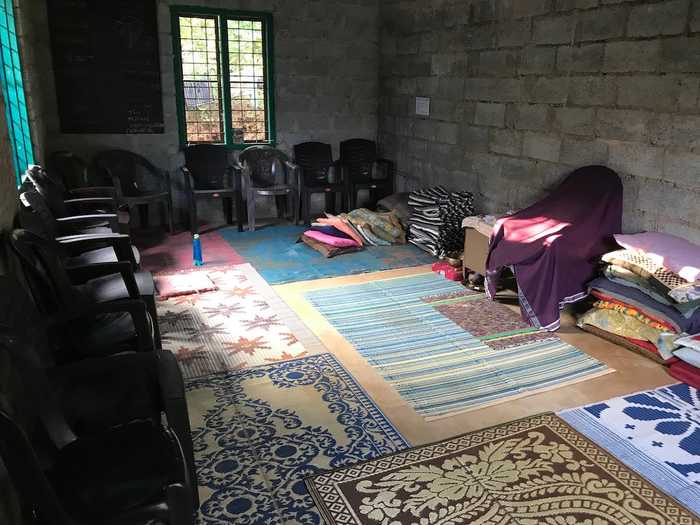 bhagavan
the ashram where the sage lives and teaches regularly holds 10-day sessions, so i booked one and struggled through various long bus rides to get there. since the sage doesn't have a name / no one knows it, everyone simply calls him "bhagavan", an honorific title used for people considered fully enlightened.

my session had around 12 other people, all of whom were returning attendees. before the session started (and silence began), i asked some of them why they came back. what did they find special about bhagavan? i learned that many of them have been spiritually seekers for some time. one of them had spent the past decade in india studying with various teachers and told me that bhagavan was the purest vessel of truth he's come across. another said that bhagavan spoke from a place so much bigger than anything he'd heard before. yet another said, "if you had the chance to be one of buddha's first disciples, wouldn't it make sense to come?" i didn't know what to make of all this but they told me to simply wait until satsang. then i would see for myself.

satsang is the time when the entire ashram community (~35 people) gets together to listen to bhagavan. in buddhist retreats, the emphasis is on the meditation sessions; at the ashram, satsang is so much the highlight that it's written in all caps on the daily schedule. and when the time for the first satsang came, i was pretty freaking excited.

i had no idea who or what to expect. i had come after hearing that there was a buddha in the jungle, and from what i had heard from everyone so far, i felt like i should be expecting some radiant being to fly into the room. the way that satsang was set up didn't help either -- the room was packed full of people, some even sitting outside due to lack of space, but it was completely silent because everyone was patiently waiting for bhagavan to arrive. it's a level of devotion that professors can only dream of.

and then everyone stood up and bhagavan quietly entered the room with his gaze pointed down. he was a tall and slightly plump middle-aged indian man with clear glasses and a massive black beard with some white hairs strewn throughout. he took the seat at the front of the room and closed his eyes. after twenty minutes, he opened his eyes to take a look at the stack of questions next to him. here, satsang is basically a Q&A session where bhagavan answers questions from his students. another ten minutes passed in silence while he read the questions. finally, he called someone's name and they took the seat in front of bhagavan. he read the question: "what is the difference between true spirituality and spiritual experiences?" i thought he would start speaking then, but he closed his eyes and went back into silence. finally, after what seemed like ages, he started speaking.

as i watched and listened to him talk, i felt a growing irritation. he was extremely well-spoken and had an encyclopedic knowledge of the vedas (hindu scriptures) as well as the teachings of teachers like ramana maharshi and the buddha, but everything about his manner of speaking rubbed me the wrong way. he paused too often, he stroked his beard too much, he spoke with too much certainty, he spent way too long making simple points, and the fact that he spoke with his eyes closed the entire time was obnoxious. by the time he finished, i was practically convinced that everyone here was being duped. it boggled my mind that so many of these people would completely abandon their lives and move to the middle of nowhere in india just so they could listen to a supposedly enlightened being, a man they knew nothing about -- not his name, where he came from, his past, or even what he did all day. unlike many other teachers who spend their days living among their students, forming close relationships with them, and demonstrating wisdom in their everyday actions, no one was allowed to interact with bhagavan except during satsang. even then, you didn't really interact with him there since he chose which questions to answer and spoke the entire time. and it's not like he had an impressive track record as a teacher either -- none of his students had woken up themselves, not even the ones who had been with him for over 7 years.

things continued like this for the next several days, and i reluctantly went to satsang. i dreaded having to sit there watching everyone hang onto his every last word and laugh at his jokes which weren't funny at all. i submitted some questions to learn more about him such as "can you tell us the story of your awakening?" but he never chose them. the session facilitator pulled me aside one day to let me know that bhagavan would probably not take any of my questions because he wanted everyone to focus on the teachings, not him. right.

but ever so slowly, things changed. i knew from the start that my strong, negative reaction to him probably had to do with my subconscious expectations of what an enlightened being would be like, but it took a while for me to really accept that everything i found annoying about bhagavan had much more to do with me than with him. i asked myself, "if i came across ramana maharshi (a universally acclaimed sage) before he became huge, would i have recognized that he was enlightened?" and realized that i probably would have found him and his silence hella annoying as well. that probably would've been true even i were to have met him after he became famous. even though i believed that enlightenment is largely a shift in perception and not necessarily anything more, i still held hopes and expectations of it manifesting outward signs that would be obvious to me.

once i started letting go of my image of what an "enlightened being" would be like, i started enjoying satsang a lot more. i mentioned that he was well-spoken, but really, he's a fantastic speaker who's able to weave together a variety of stories, scriptural text, analogies, and various other references to answer questions in a way that would not only pertain to the person who asked the question but be helpful to everyone else listening. once i dropped who i expected this man to be, i started seeing why people appreciated his teachings so much. when he mentioned in one of the satsangs that the reason why he doesn't want anyone to record his talks and why he won't publish books is because he wants the teachings be passed orally in a live tradition as universal truths that don't belong to anyone rather than become "his" teachings, it rang sincere.

by the end of the 10-day session, i felt grateful to have been able to discover this man and listen to his teachings. is he enlightened? i don't know. i honestly can't even say with complete certainty that enlightenment is a real thing, although i mostly believe it is. if enlightenment is real, then i feel pretty confident saying that bhagavan seems to have walked the entire path and is speaking from personal experience when he describes the nature of ultimate reality. if nothing else, he is a great teacher that clearly points at experiencing this moment in its fullness rather than being lost in the world of thought. perhaps that's enough. 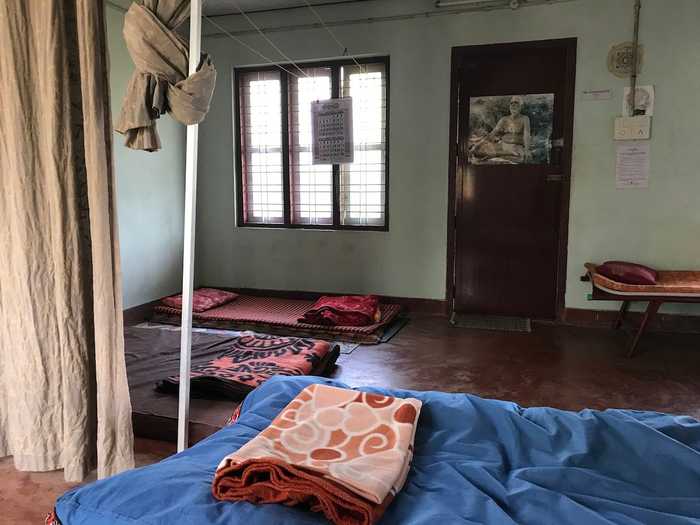 other thoughts
oh man, there's so much more i want to write about (thoughts on advaita vedanta teachings, the ashram community, meditation experiences (or lack thereof, really), and a whole bunch more), but i have to go to sleep before heading off to my 10-day goenka vipassana retreat tomorrow. yup, another retreat. i don't think i'll be writing after this one though because i'm noticing that one of the most frequent distractions when meditating are thoughts about what i should write to you guys. obviously that's not very conducive to practice, so i'm going to put the sharing on hold for a while (unless something absolutely incredible and mind-shattering happens).

a few other things on my mind:

thanks to everyone who's messaged me to say hi or been responding to these emails with your thoughts and updates of your own. i love reading them when i get out of retreats so keep them coming. love you all and wishing you all the best in the world. until next time~

it is finished. i have done what needed to be done. say hello to post-enlightenment dk ...if only it were that…

The Betterment of Well People

"There's a phenomenon happening in the world today. More and more people are waking up — having real…