One way to measure moral progress, both at the individual and societal level, is to see who we include in our "circle of moral concern". In other words, who do we care about beside ourselves?

Everyone starts with the baseline of caring about the individuals we have strong personal connections with: our friends and family. The in-group ("us") starts with our tribe and the out-group ("them") includes everyone else:

Thankfully, most of us don't stop there. As our moral intuitions develop, we come to recognize that others' experiences matter regardless of whether we have a personal relationship with them or not. Most of us don't think about this explicitly, but the rationale behind that intuition generally follows something like this:

But throughout history, we've drawn some strange lines around our circle to limit who gets to receive our moral consideration. Let's take a stroll down humanity lane!

We're still grappling with many of these issues, but in many ways, we've come pretty far from the blatant discrimination of the past. We can now look at the lines we previously drew and be baffled by how people used such arbitrary distinctions to devalue others' conscious experience. Clearly, someone's race, gender, sexual orientation, or belief system shouldn't make their suffering matter any less than our own. This is where we are today, and it seems pretty good. We've include pretty much all of humanity within our circle of moral concern, so what more is there left to do?

Turns out, there's still plenty of "them" outside our circle: 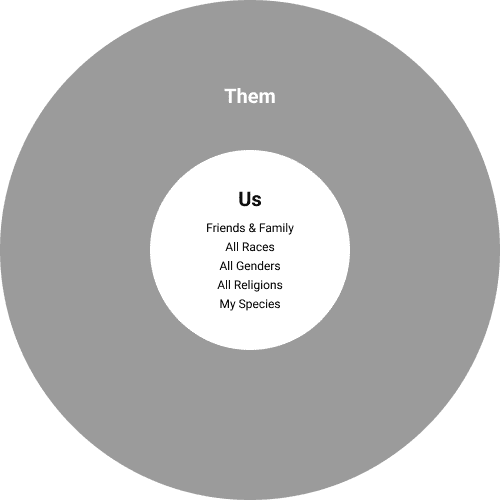 The realization that led to my transition away from eating animals was the recognition that disregarding the suffering of a sentient being simply because it isn't human is just as arbitrary as blaming their race, gender, sexual orientation, or belief system. Suffering is suffering. What difference does it make whether the consciousness experiencing it is of my species or not?

My hope is that one day, we can realize that all separation between ourselves and others are mere fabrications of the mind. In reality, there is no "them". There is just us. 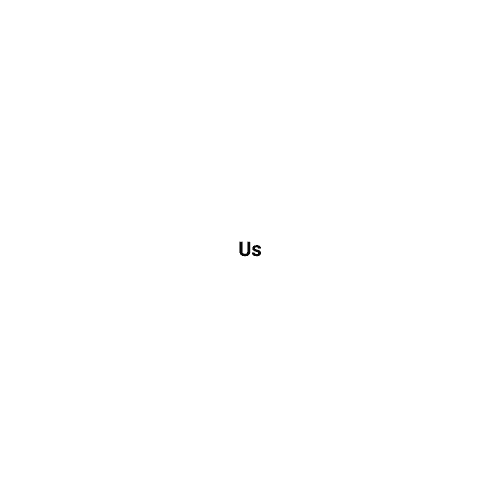 I've been really encouraged in the last several years from seeing many of my friends have the same realization and change their lifestyles to live in accordance with their values. To those of you who have taken steps toward reducing the suffering of the billions of beings who aren't able to defend themselves: thank you — this journey is much easier with friends. To those of you who have considered making changes but have had trouble starting: Taking steps in the right direction matters much more than getting it perfect on your first try. You don't have to be 100% vegan from day one; why not try limiting your meat intake only to social gatherings and go from there?

If you're interested in seeing what we put animals through in order to sustain our meat consumption, here's an excellent documentary that you can watch online for free: Dominion

I'll leave you with this quote from Jeremy Bentham, an English philosopher widely regarded as the father of modern utilitarianism, who wrote this in 1789:

The French have already discovered that the blackness of skin is no reason why a human being should be abandoned without redress to the caprice of a tormentor. It may come one day to be recognized, that the number of legs, the villosity of the skin, or the termination of the os sacrum, are reasons equally insufficient for abandoning a sensitive being to the same fate. What else is it that should trace the insuperable line? Is it the faculty of reason, or perhaps, the faculty for discourse? But a full-grown horse or dog, is beyond comparison a more rational, as well as a more conversable animal, than an infant of a day or a week or even a month, old. But suppose the case were otherwise, what would it avail? The question is not, Can they reason? nor, Can they talk? but, Can they suffer?

For more on this concept, see The Expanding Circle by Peter Singer.

I'll Be Happy When

I'll be happy When I make a lot of money doing something I love An email arrives. "On behalf of Google Inc., I…

I turned 27 last week, and I figured I'd do some reflecting. It's been an important year. I started year 26 of…